The Morrison Government’s attempt to show a commitment to women in this Budget ultimately does not reach the women it’s supposed to benefit, the United Workers Union said today.

“If the Coalition was looking to solve its ‘women problem’, this Budget is not the fix,” Jo-anne Schofield, the National President of United Workers Union said today.

“When you look closely at this Budget, at home care, at residential aged care, in disability services and at early childhood education and care (ECEC), it is scanty on detail and depressingly low on impact where it really counts.

“UWU members who work in home care, residential aged care and ECEC wanted to see in this Budget long-term structural fixes to address low pay and insecure work for overwhelmingly female workforces that have been ignored for far too long.

“It leaves the firm impression of a Budget built largely by men trying to find solutions to problems they do not fully understand.”

“In residential care when you look at the promise of care time for older Australians, it’s being introduced with the lightest feather of regulatory enforcement: an obligation to report care time minutes in July 2022.

“The aged care sector knows what this is about: no-strings-attached funding for providers and no clear expectation that money will be meaningfully tied to care for older Australians.

“Given 42 per cent of the sector is not profitable – while others are wildly profitable – it looks a lot like a bailout package rather than caring for older Australians.

“Scott Morrison has broken his promise for a comprehensive response to the aged care crisis by rejecting the Royal Commission’s recommendation that the home care wait list be cleared by the end of the year.

“In both sectors, and completely unaddressed by this Budget, women are on some of Australia’s lowest  pay rates for insecure work that barely give them enough hours to live on, amid chronic understaffing.

“Where is the commitment to secure, well-paid, safe jobs necessary for quality care of older Australians, with the Royal Commission forecasting there will be an extra 80,000 aged care workers needed by 2030?”

Ms Smith also said the centrepiece aged care funding measure of $17.7 billion a year over five years – or $3.5 billion a year – paled in comparison to the $50 billion in funding needs indicated by the Royal Commission and others over the same period.

“In its final report the Royal Commission found Federal Government funding in 2018-19 was $9.8 billion lower annually than it should be if aged care had been appropriately funded,” Ms Smith said.

“The funding shortfall is leading to horrendous human costs in aged care, with older Australians left unsafe and vulnerable, and workers left physically and emotionally exhausted.

“Respected think tanks including the Grattan Institute and the Centre for Future Work have come to exactly the same figure of $10 billion extra a year needed for quality aged care for older Australians. When is the Federal Government finally going to recognise that a well-staffed, well-trained, adequately-paid workforce  is the single biggest driver to providing the quality care time needed by older people in Australia?”

“The promises last weekend about additional fee relief for parents hasn’t lived up to the hype, with many families missing out on any help and all changes delayed till after the next election. Early education continues to be unaffordable for many.”

Budget announcements tonight did nothing to improve the quality of services across the country, with 19 per cent not meeting minimum standards. A total of 2800 services across Australia failed to provide the very basic care and education the community considers a minimum and this Budget ignores this continuing problem.

“The Budget tonight did nothing to support and value the essential early education workforce that this community relied on throughout the pandemic.

“The vast majority of workers in early education are female and low-paid. The Morrison government continues to treat this mostly female workforce with indifference.”

The early education sector is facing a workforce crisis, without enough qualified educators to meet current demand due to high turnover. Researchers report that 37 per cent of educators intend to leave the sector with this alarming figure rising to 45 per cent in remote areas. Staffing waivers are increasing dramatically as centres struggle to fill positions and the government estimates that Australia will need an additional 39,000 educators in the sector by 2023.

“Educators leave the job they love because love doesn’t pay the bills. The Budget did nothing to address the workforce crisis,” Ms Gibbons said.

“This Federal Budget was Scott Morrison’s opportunity to make a real difference for women, including the hundreds of thousands of workers in early education. Instead Morrison has well and truly missed the mark.

“The early education sector is in crisis, with calls for reform sounding from every corner of our society. Scott Morrison has chosen not to listen.” 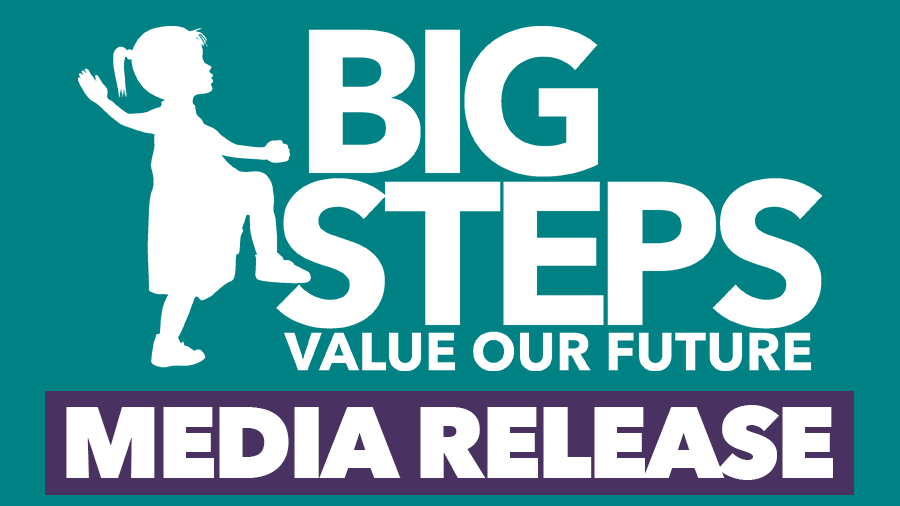